大航海時代に海を渡った日本人Japanese Who Crossed Oceans in the Age of Exploration 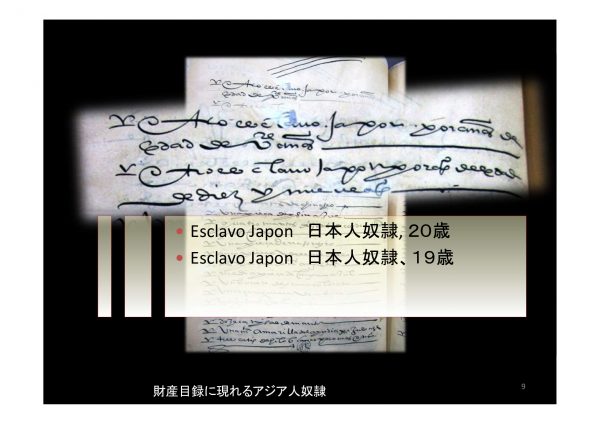 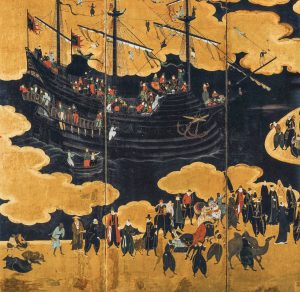 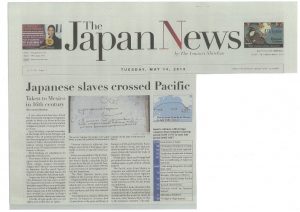 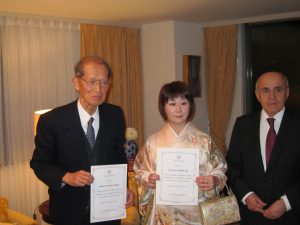 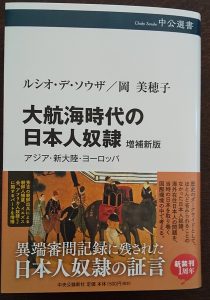 It is known that before the Second World War, when Japan was still a very poor country, many people left the country to work. These included contract workers such as the “karayuki-san”, who went to work in the prostitution industry in Southeast Asian port cities, and emigrants who left en masse for agricultural labor in Brazil, the United States, and other countries. Now that Japan has become rich, few people go abroad to work any longer. In fact, this prewar situation was also present in sixteenth century Japan, during the Warring States period. I think that the Japanese Warring States period depicted in manga and TV dramas offers an image dominated by the heroic acts of handsome war lords, but in reality, the lives of the common people involved in the wars were tragic. On the battlefield, human capture and trafficking were taken for granted as part of the common practice of “randori” (raiding). Around that time, Europeans (mainly Portuguese) who came to Kyushu for trade bought humans, who were sold at very low prices, as “slaves” and took them abroad.

From historical records, we know of a case where a young Japanese man called Francisco appealed to a court in Argentina (on the opposite side of the globe from Japan) at the end of the sixteenth century seeking liberation from his unjustified enslavement.

The system of “slavery” was abolished long ago in developed countries, but we should not forget that there are labor forms that are “slavery-like” in many parts of the modern world even now.

I am studying the Namban trade from the perspectives of global history and regional history (which is not to be equated with national history). This year (2021) two English academic books (one monograph and another as editor) will be published. 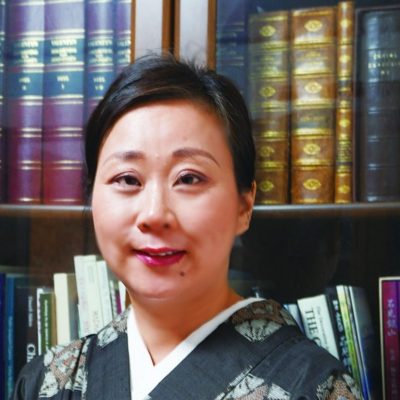