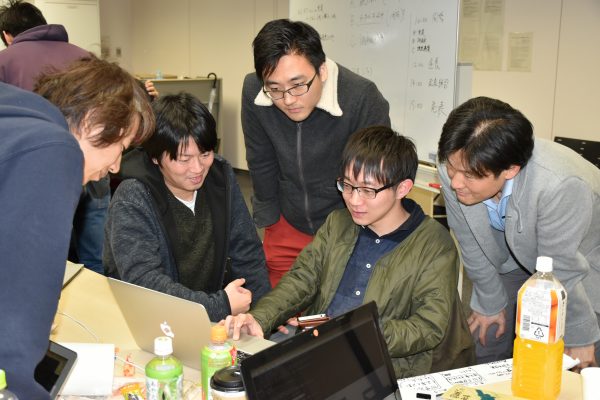 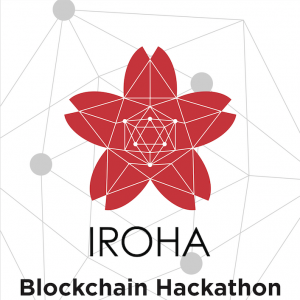 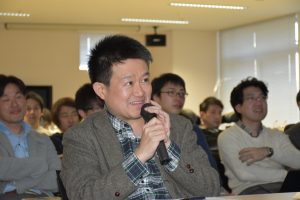 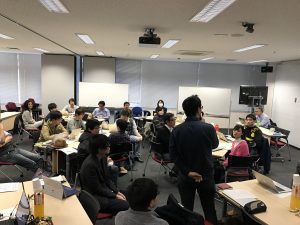 The aim of the event was to build apps that address social issues by using the blockchain technology platform Hyperledger Iroha. About 40 participants joined, including graduate students from The University of Tokyo and others. After a short lecture regarding blockchain technology and an ideathon, participants formed 6 teams based on their ideas and started to develop their apps. At the end of the event, each of the teams presented their app concepts and demonstrations to a judging panel. The first prize went to team, “choi-sapo (meaning “a little support” in Japanese), which built a service that enables people to ask a little favor in a community and/or take care of it. Team “choi-sapo” was highly evaluated because of their concept to address a social issue and the implementation running on Hyperledger Iroha. The second-place prizes went to two teams: team “Lib-Chain”, which created an app to ensure trust of lending a borrowed book to another person, and the team “IPR chain,” which developed an app that allows content producers to get returns by a dispersed management of copyright. The Iroha prize, which considers technical contributions to the Hyperledger Iroha, went to the team “takarakuji (meaning “lottery” in Japanese),” which proposed a P2P lottery service based on blockchain technology.

The article was written by Yuya Shibuya (PhD student) 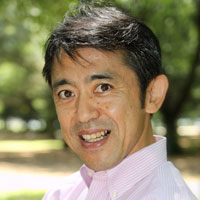